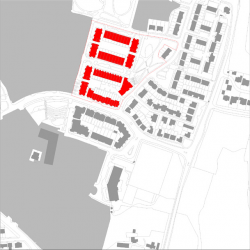 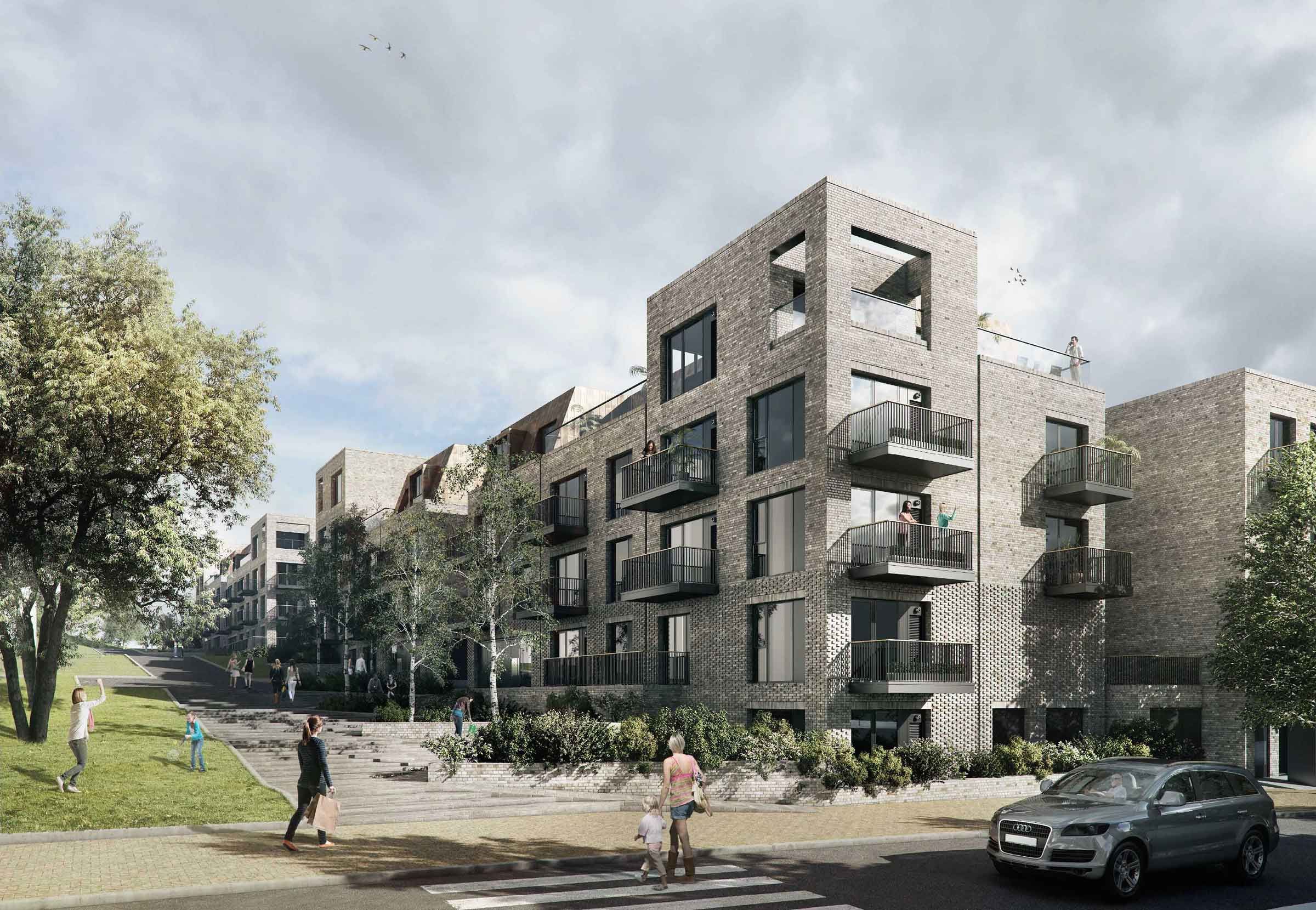 We were chosen to redesign this phase of the Millbrook Park masterplan following a small invited competition in which my colleague Bruno Santos produced an idea for a master plan scheme that not only blew us all away but also got our feet in the door to work with Countryside Properties on several subsequent projects.

The existing master plan for the former Inglis Barracks former MOD site was a very unimaginative, watered-down version of a garden city, with a haphazard arrangement of houses and blocks of flats on the sloping terrain that needed to be rethought.

The original landscape ideas developed for the original master plan, on the other hand, were sound and provided a great starting point. We needed to step up the urban design and master planning game as we designed the first phase on the large former MOD site.

We chose a contemporary version of housing terraces, with three and four-bedroom townhouses running alongside the east-west flat roads and blocks of one and two-bedroom apartments running north-south on the ends of the urban blocks and adapting to the hilly terrain, and providing recognisable marker buildings.

The terraced houses featured castellated top floor terraces that afforded excellent views and privacy, while the apartment blocks featured a mix of projecting balconies and carved out terraces on the top floors.

Parking and service areas are located in the middle of urban blocks, with landscaped gardens above.

BBUK Studio created a subtle and engaging landscape design, expertly utilising endemic species, creating a range of sustainable SUDs and drainage strategies – even in this steep terrain – and creating a play area for children, and opening up paths and views to distant areas of London. 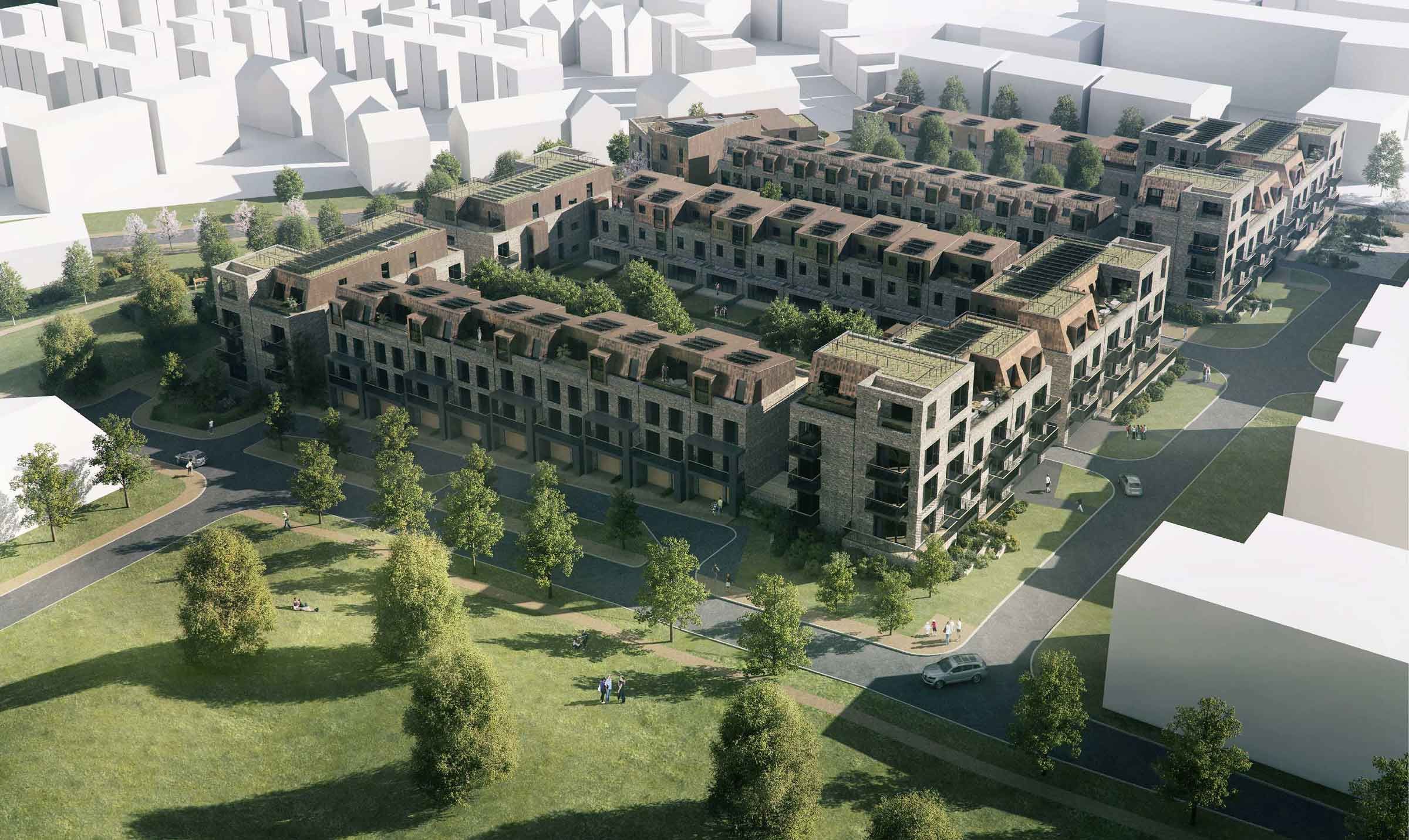 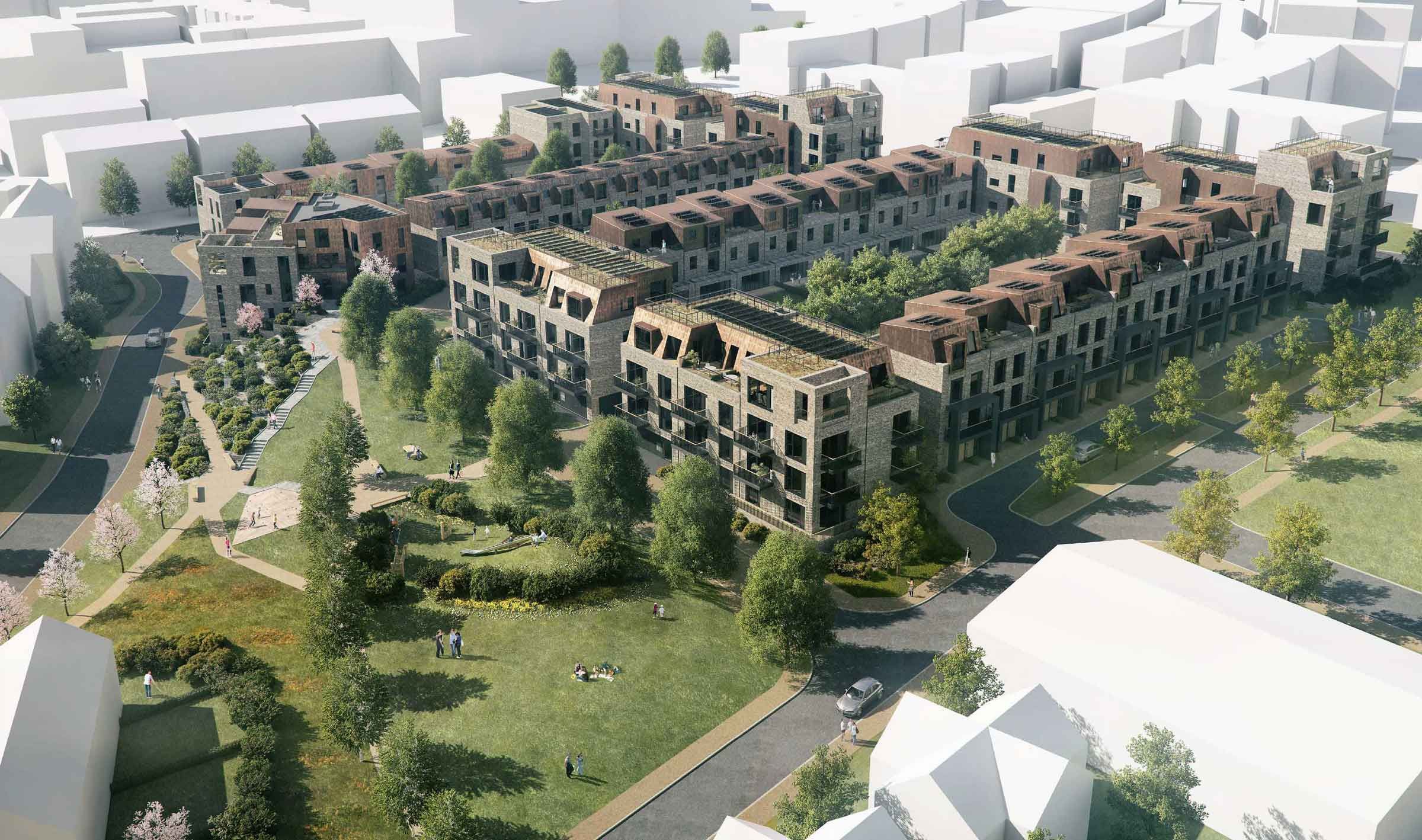 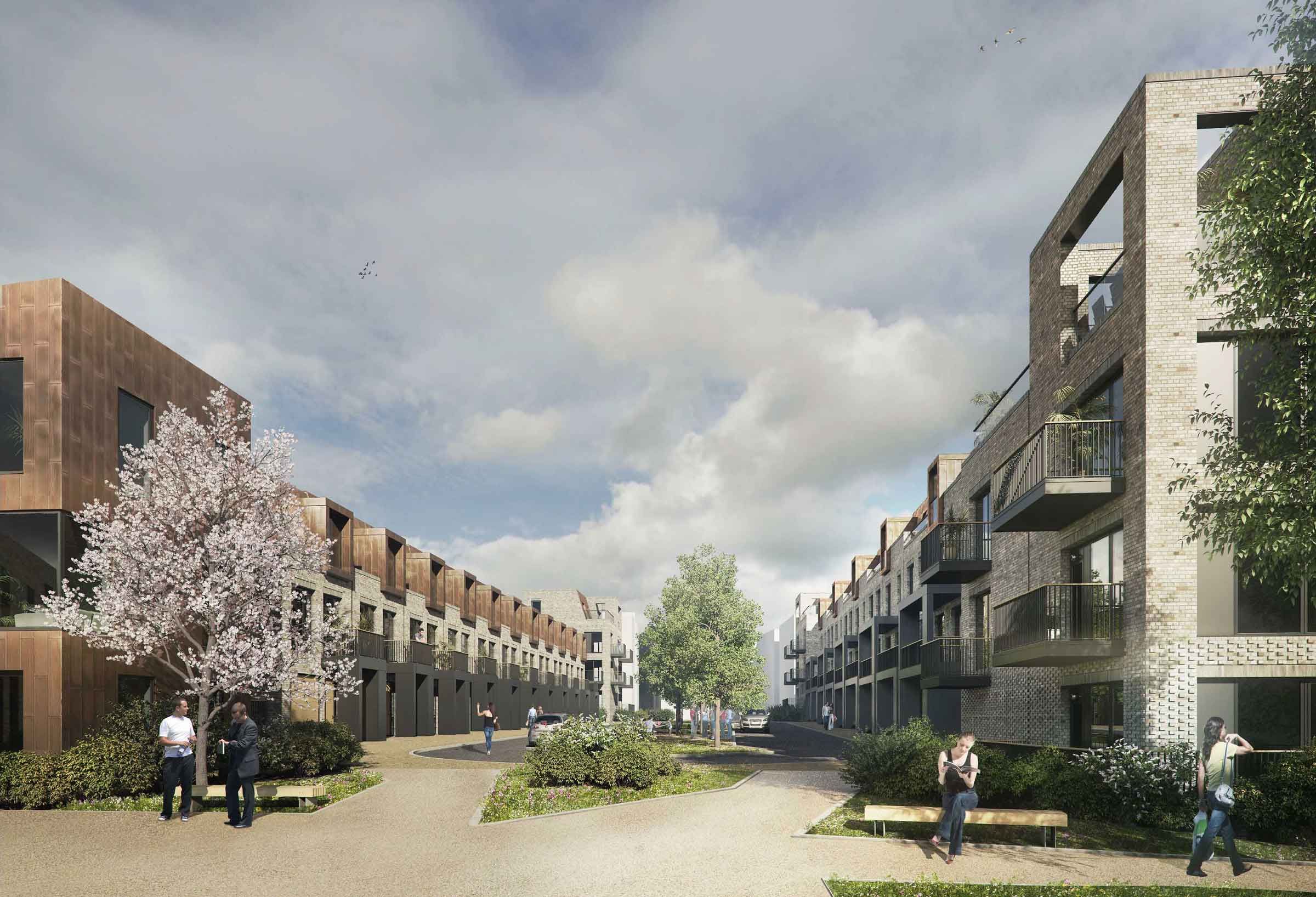 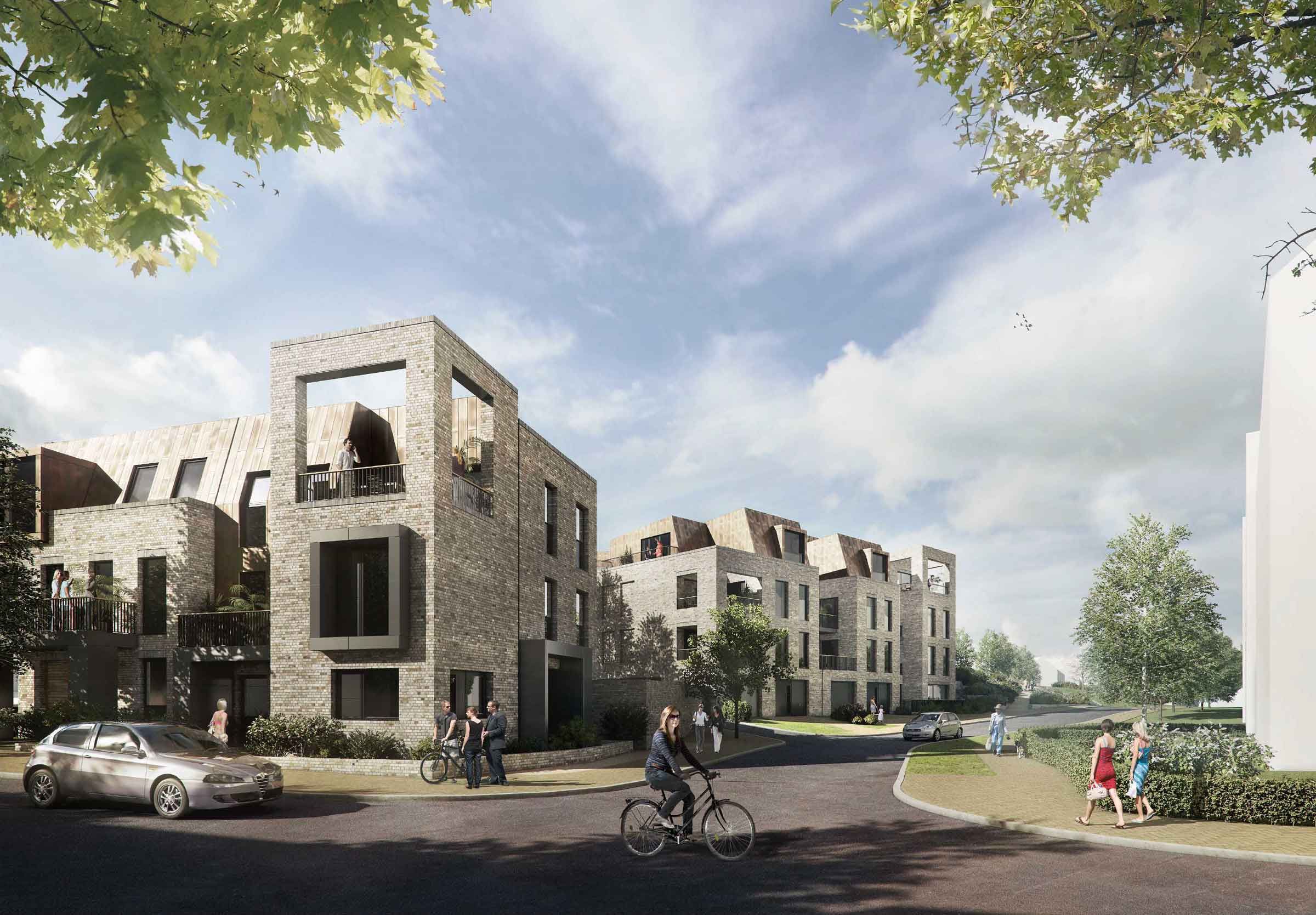 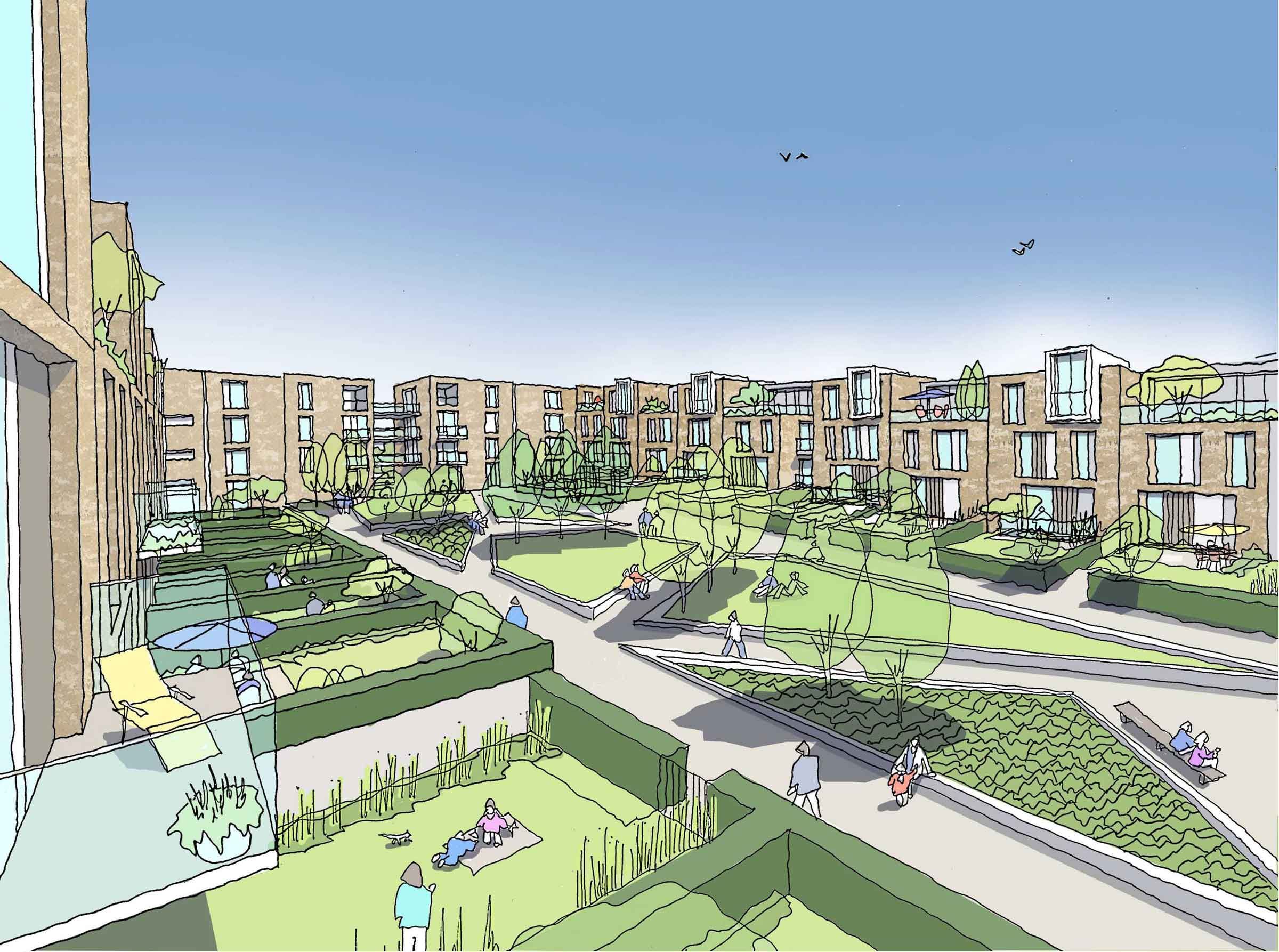 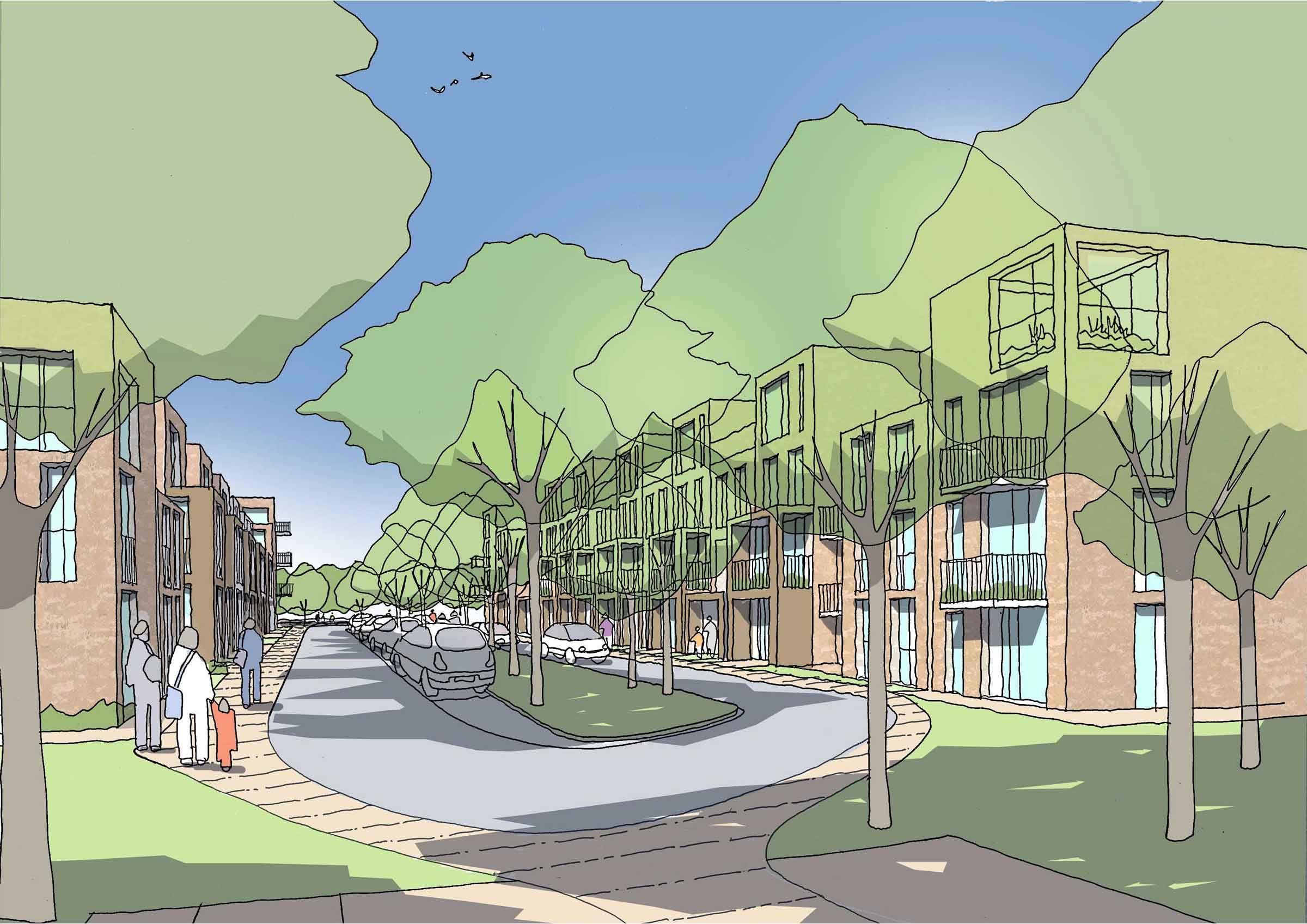 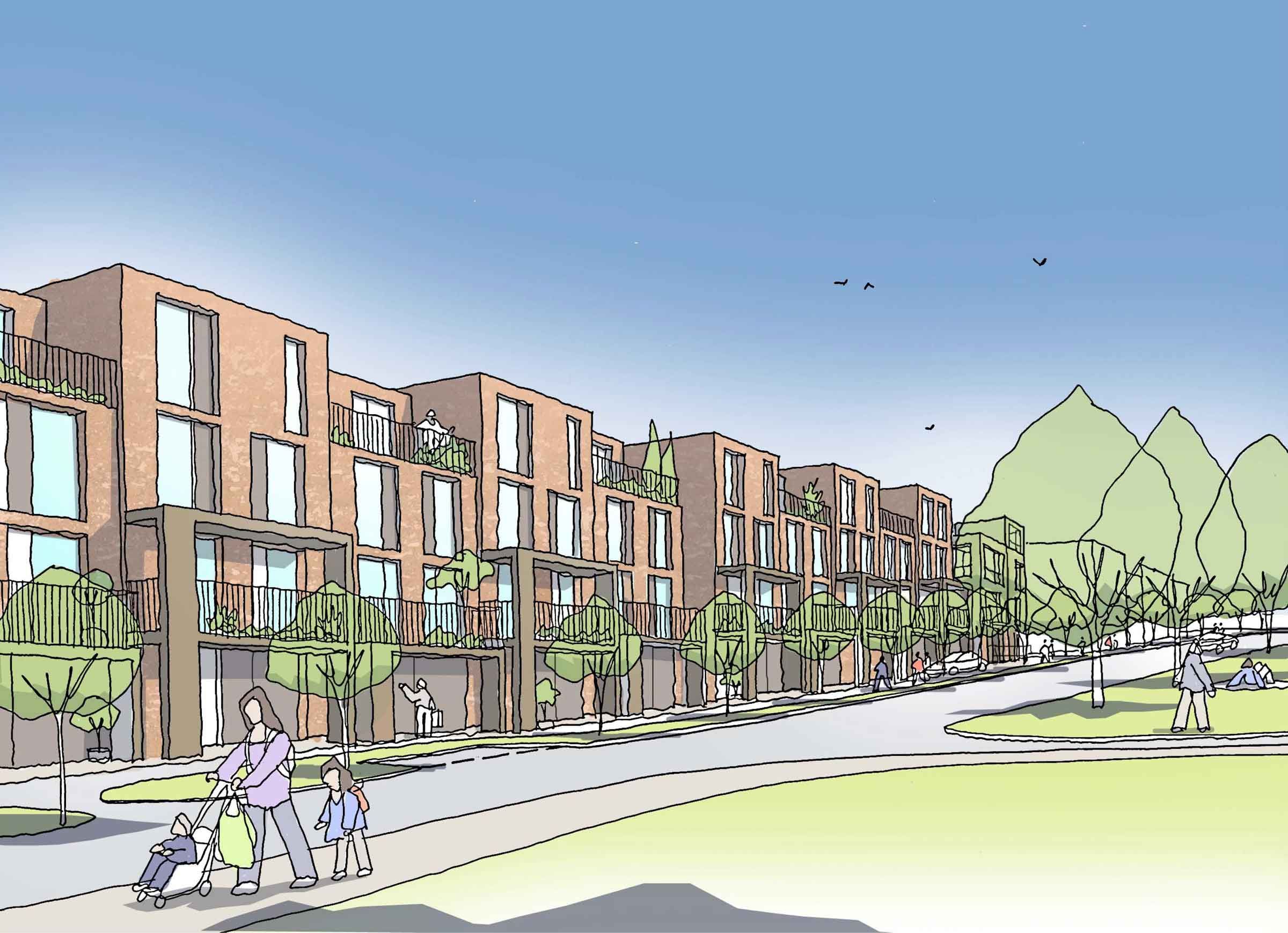 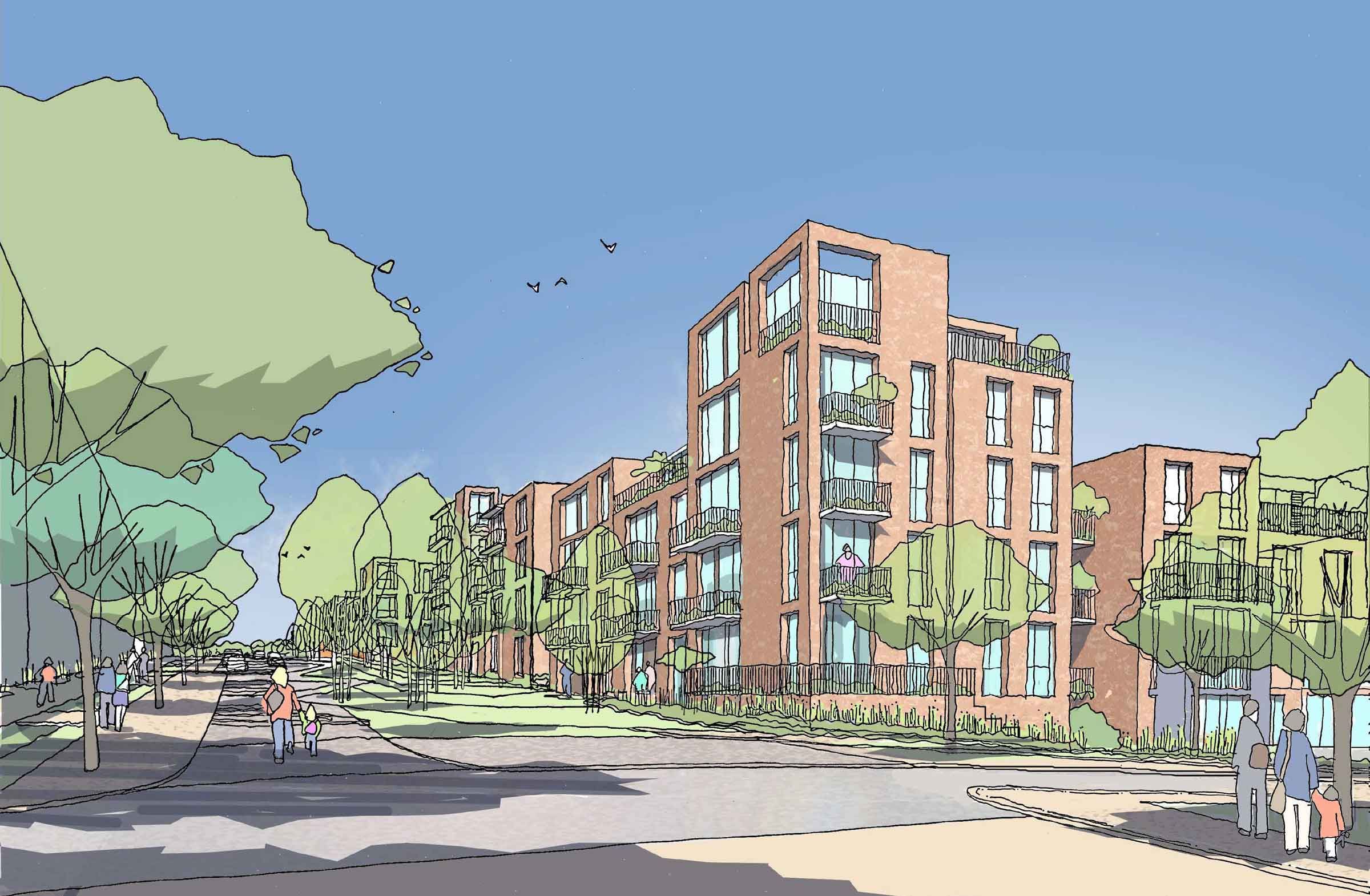 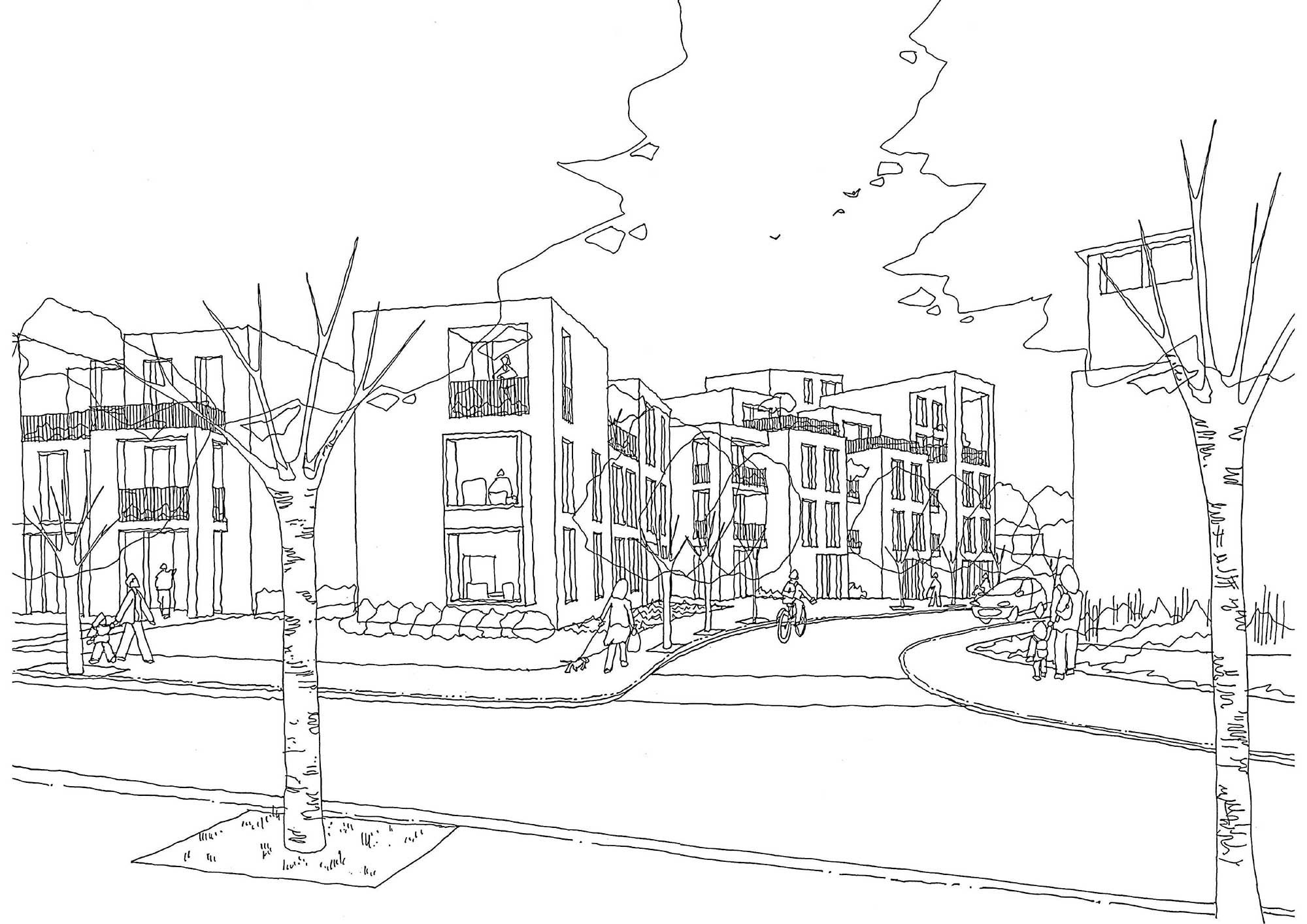 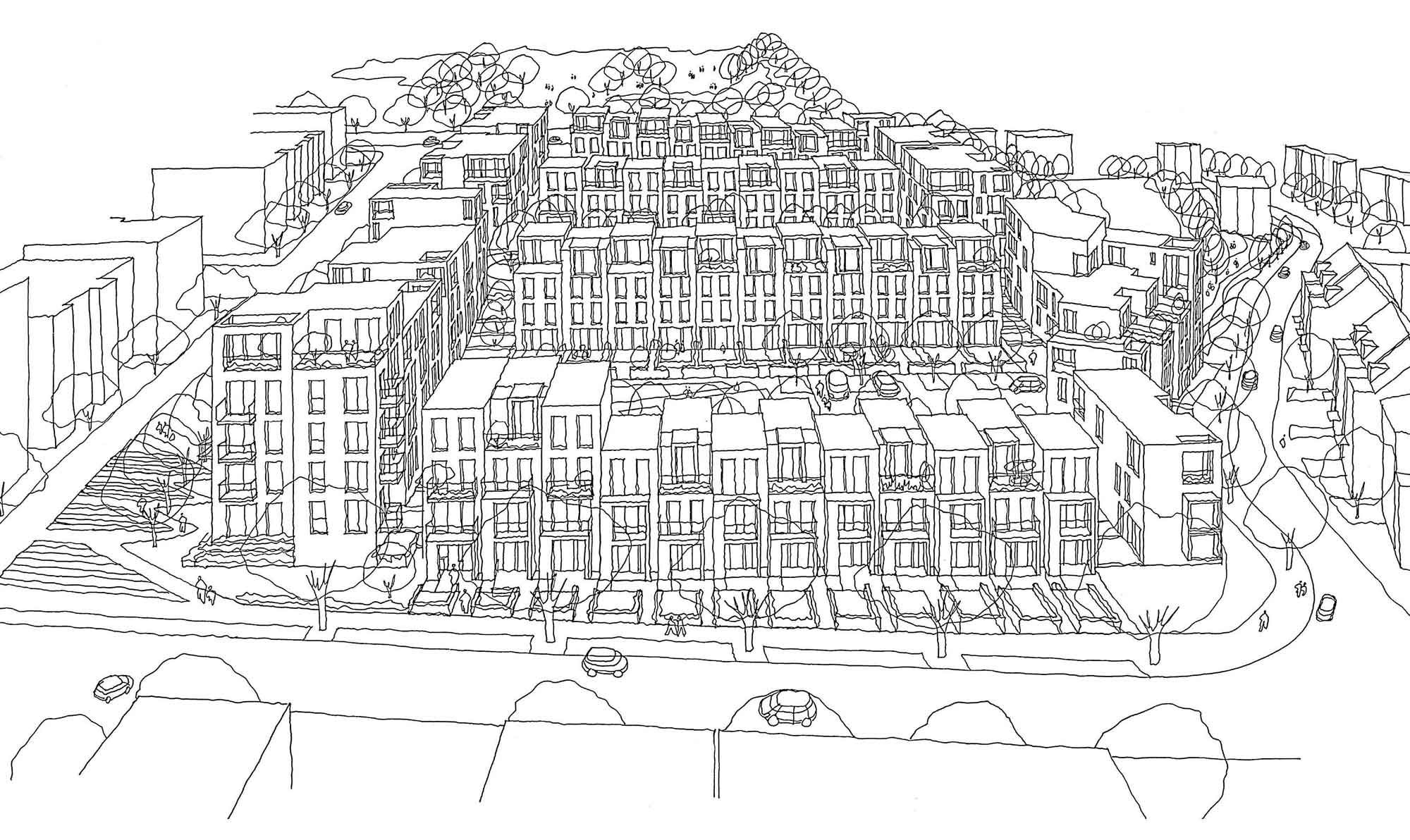 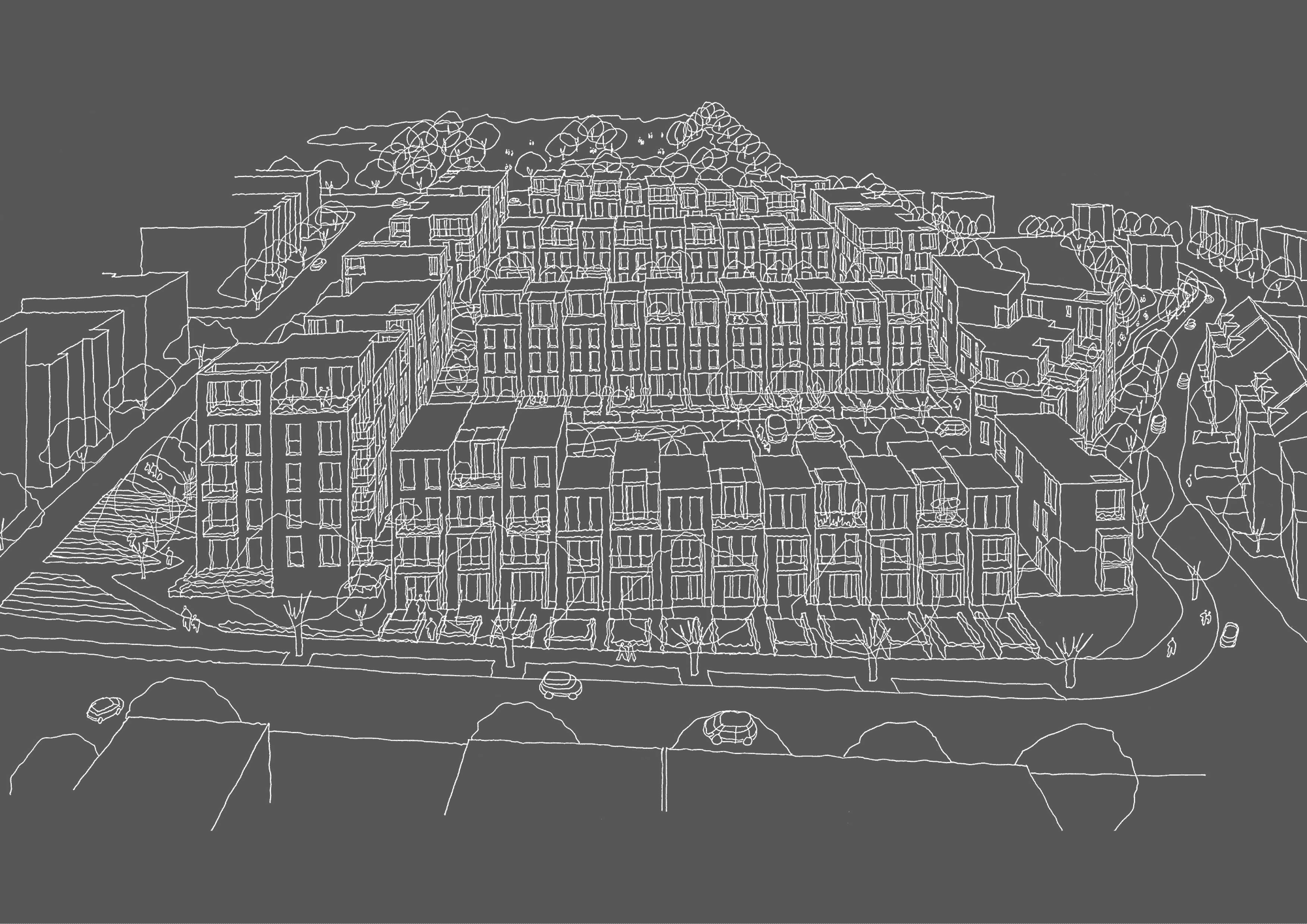